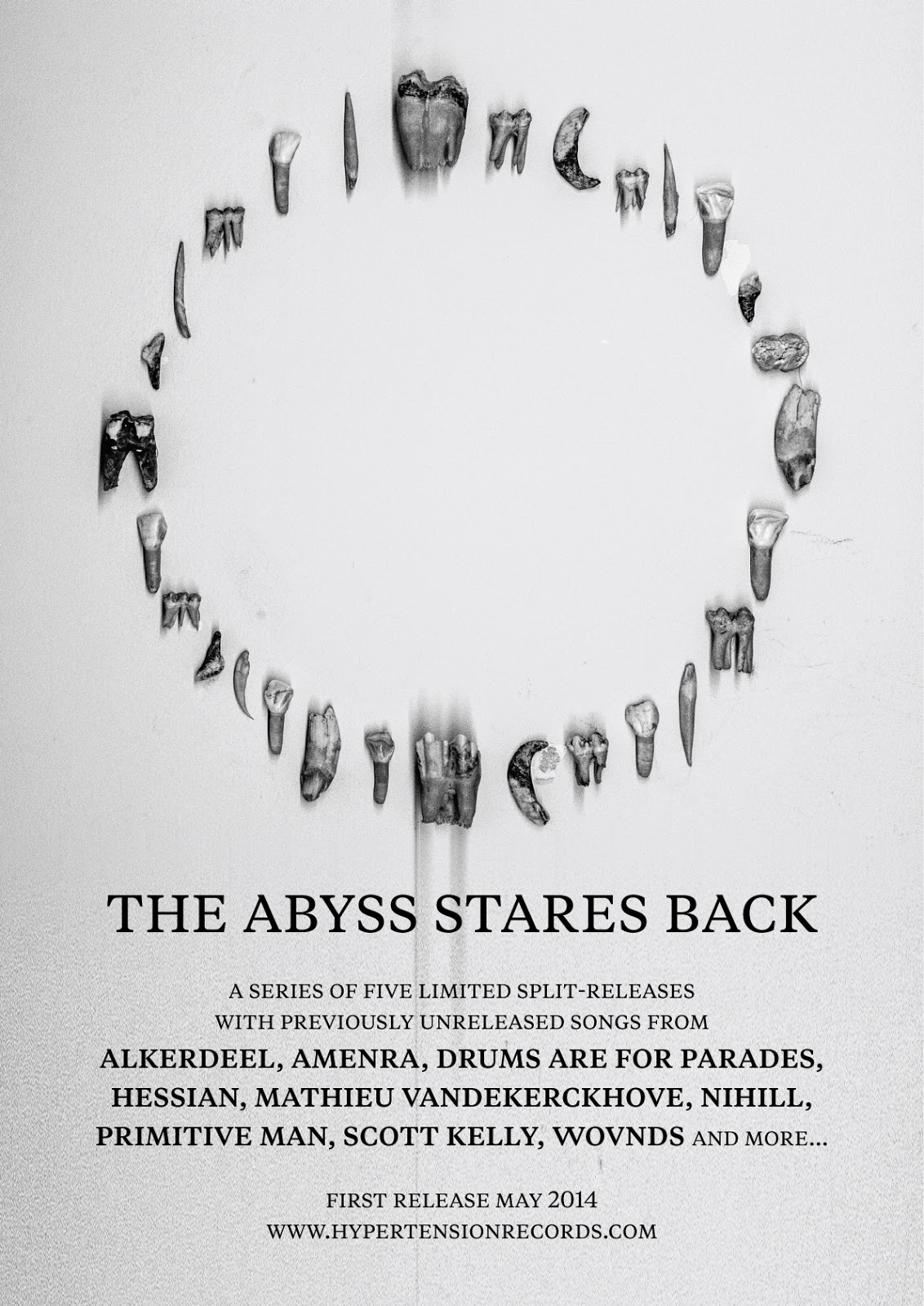 In the span of one year (May 2014 - December 2014) Hypertension plans to release five split 12"s - each featuring exclusive tracks - one side by artists like Nihill (nl), Primitive Man (us), Scott Kelly (us – Neurosis) and on the other side Belgian powerhouses like Amenra, Drums Are For Parades, Hessian, Mathieu Vandekerckhove (Amenra, Syndrome), Vvovnds and Alkerdeel. Hypertension is proud to be contributing to the creation of some unique partnerships between bands that admire and respect each other.

For all the artwork, lay-out and visual content of this series we will be teaming up with some great artists who all got close links with Hypertension.

Up and coming artist Tom Vanuytrecht/White Filth will be responsible for the artwork. Tom is an early adaptor of all things Hypertension, following and collecting our releases from day one. For the 12”-series he created different object/shrine-light installations that will feature on the front cover of every record.

Stefaan Temmerman, in-house photographer of the Church Of Ra, Amenra crew member, freelance concert photograph and a brilliant photo artist, will be responsible for all the band photos and the images of Tom Vanuytrechts’s installations/artwork for the records. Steebz Khuan will be responsible for making sure everything fits the right graphic standards. José Carlos Santos, Lisboa resident and writer for Terrorizer and Rock-A-Rolla, will guide you through every release with liner notes/ background info.

Pré-order for the series start Thursday April 17th. Each record will be a gem, pressed on 180gr. vinyl, receiving a high quality treatment for your sonic and acoustic pleasure.
There will be a one time only pressing of 500 copies, no less, no more, no repress. At a cost of 110 euro (excl shipping) each package will contain four parcels including:

Five 12”s (on clear vinyl, first come, first serve).
A limited edition t-shirt.
A limited 2-cd including all tracks of the series.
Printed pictures w/ liner notes for each 12” (by José Carlos – Terrorizer)
A slipmat.
A poster.
A deluxe collectors-box to store all records and specials

For 10 euro extra you can upgrade the box with a ticket for an exclusive acoustic Amenra show in the marl caves of Riemst (region Hasselt-Maastricht-Liege).

The first 100 copies will get an extra gift: we’ll randomly throw in test pressings, special art prints by Vanuytrecht, other Hypertension releases, cold hard cash,… Remaining copies will be sold in the Hypertension-store, by the bands and by a select amount of distro’s. If during the year you're intrested in buying some other stuff in our store we'll include those items in the parcels from the series, free shipping of course.

Snippets of all songs will be released on our Soundcloud
https://soundcloud.com/hypertensionrex

Posted by Vanuytrecht Tom at 6:51 AM