From Science Into Fiction (2012) is the new documentary from Bram Conjaerts (°1982, Hasselt). The movie is made through funding he got from the V.A.F. when he won the wildcard (2008) with his graduate project: Henri et les îles.
My role is to sequence two parts of the movie in drawings.

The project consists of a series of drawings, a big one (150cmx150cm) and a second series of 14 drawings (A3), all done in charcoal.

Instead of making it an animation, the camera will move over the drawing in a spiral motion that will suggest the journey the narrative describes. The concept behind the drawing is a fast travel through the history of Man and Earth, with the conclusion of a comet as the destruction of life.

The project -for my part- is near complete, but filming and editing still has to be done. This project is what I have been doing (on and off) for the last 3 months. For now I can only show some pieces of the puzzle, the complete filmed sequences and drawings in detail will be put online as soon as possible. 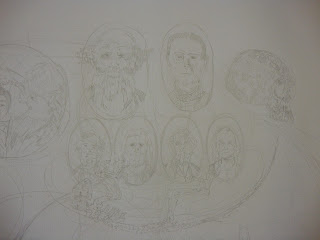 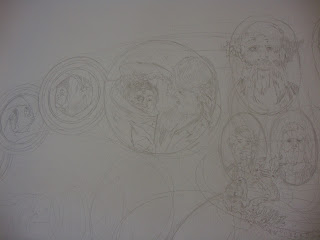 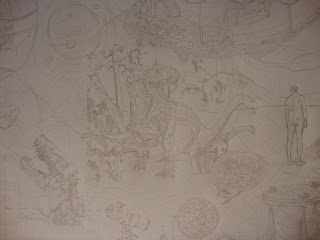 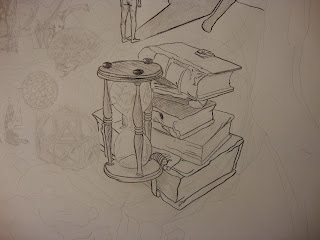 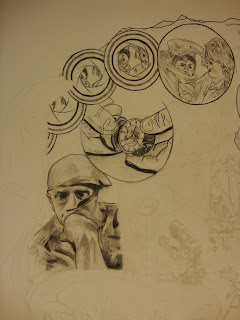 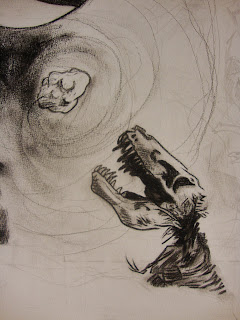 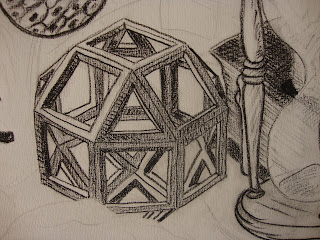 (These are pictures from the beginning of the work period, not actual end result.)
More info and images soon.
Posted by Vanuytrecht Tom at 2:58 PM