(How and why, organised religion should be replaced by modern aesthetics)
It should be common knowledge, that organised religion has been a torn in the side of modern man and his god given right to move forward in life. What has kept and is still keeping him back, is the fear of god present in his heart. Or better said, the fear of loss of this abstract idea that he holds so dear. The loss of this, means that he would be in total control of himself and his actions. Instead of embracing this gift, he rather chooses to stay ignorant and shackled to idiotic believes.
"Believe is the death of intelligence. As soon as one believes a doctrine of any sort, or assumes certitude, one stops thinking about that aspect of existence."  (Robert A. Wilson)
The doctrine that has been handed down through the ages, has kept him trapped in the dark ages for centuries. Even today "modern religion" meddles in matter that is so far from their  meticulous made up beds, that the outcome of their "ways of thinking" harm modern society in ways that are more devastating than the viruses they choose not to battle.
Our task as modern thinking men, should be to erase all form and traces of religion. Not by burning them (as our Norwegian colleagues) but by replacing them with constructive modern thoughts and actions, until the house of god is no more.
"Take the church, Haunt the chapel!"
Vanuytrecht Tom, Hasselt - April 2011 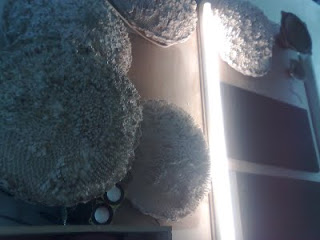 Posted by Vanuytrecht Tom at 12:14 PM